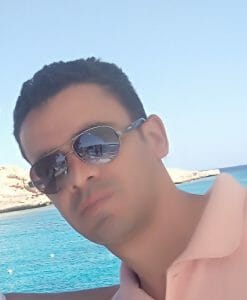 An experienced translator and reporter, Ebraheem joins us from the Middle East News Agency, having spent 5 years there as Editor and also from Iraqi News where he has worked as Senior Translator and Editor since 2017.

Having begun his career at Bayan-Tech for Translation in Giza, Ebraheem developed a wide and varied portfolio subsequently working for national and international news agencies and news-based organizations. In 2013, Ebraheem become Senior Translator for Giza based Nassej International before becoming Editor for Xinhua News Agency in Cairo.

Ebraheem has a Bachelor degree in Simultaneous Interpretation from Al Azhar University in Cairo, Egypt.